For parents who want to carry securely

Summiteers with cuddly toy – climbing the Zugspitze child in hand

Every year, the Zugspitze attracts many hikers to its summit. Because many families also enjoy hiking, you see more and more children on their way to Germany’s tallest mountain.

Just like our author’s son: “My 4-year-old son asked me during the hike: “Mum, what’s that mountain over there called?” It was the Zugspitze, the highest mountain in Germany. “I want to go up there!”, he says with enthusiasm.”

It has never been so simple!

The new, compact Lite Air contact back with ventilation makes this child carrier absolutely lightweight. The seating area for the child is a comfort zone with its simple-to-use and easy-to-access safety harness, the side access and the very soft cover material.

For hands-on mothers, there is this frame backpack as an SL option: the carrying system is specially adapted to the female anatomy – for mothers looking for a child carrier that fits them perfectly with slimmer shoulder straps and conically shaped hip fins.

The ingenious, new Aircomfort Sensic Vario mesh back system makes mountain adventures all the more pleasant for families: the load is transferred perfectly, the child carrier fits snuggly while the back is still fully ventilated. The child is afforded great comfort: the large, soft pillow gently braces the tired child’s head, even in the corners, and supports a relaxing nap. The side access and the easy-to-access belt system of the child frame ensure safety – guaranteed by the TÜV GS safety seal of approval.

The professional carrier with all its details

The professional child carrier comes with an integrated, separately useable day pack for quick runs to the changing room or en route to the buggy. There is also a sun roof and a mirror for a quick rear-view of the child on the back.

Bernd Kullmann – former managing director of Deuter – has frequently been asked where the ideas for new Deuter products come from. The development of our frame backpacks is a good example.
He and his wife decided to have a family relatively late in life. They had been enjoying life too much and were spending a large part of their time in the mountains climbing and skiing. The change was even greater for his wife as journeys from the car to the cliff were really quite limited with a buggy as the mode of transport.
In a factory in Asia, Bernd then discovered the simple but ingenious solution – a child carrier that was very little known to us in the early 90s.
The model of an American brand was uncomfortable, yet the mobility with a toddler on your back seemed infinite. Days shared in climbing parks started to pick up again.

When the Kullmanns welcomed a second child to their family, Bernd deemed it necessary to try and design such a child carrier. In doing so, he had to find a solution to a big problem – the back length of the “American” fitted Bernd, but was too large for his more petite wife. Therefore, the new Deuter product had to feature an adjustable back length. Our long-term production partner was aghast at this idea at first and wondered what these Germans had come up with this time.
After some in-depth conversations, a solution was found: the VariQuick carrier system, developed by us only a few years prior for trekking backpacks, could now be translated into a kid carrier.
The Deuter Kid Comfort I was born.

After several tests had been performed on the prototype and problems that arose, Bernd Kullmann decided to take action. He called Pit Schubert, chartered engineer and, at the time, safety expert for the German Alpine Association, and explained his issues. Pit Schubert referred Bernd to the TÜV.
So, Bernd began to work on criteria together with the TÜV in order to improve the child carriers’ product safety. From a new plastic joint with spacers to avoid children getting their fingers stuck in the frame to pollutant tests, safety instructions and an endurance test, there was a lot to do.
A wooden dummy was mechanically moved during the endurance test simulating the upwards motions. 20,000 load changes were to be conducted, which equates to 20,000 metres in altitude difference going up or down. A wooden baby with a 5 kg weight plate was placed into the seat and the test was ready to start.
Two days later, Bernd called the TÜV to ask about the results. The TÜV colleague had completely forgotten about the test setup, however, and rushed to the test. Thirty minutes later, Bernd got a call back. The result amazed both of them: after 75,000 load changes, the baby carrier was still completely intact. Only a few little chafe marks were visible. The prototype had passed the test with flying colours!

As a result, our product received the TÜV seal of approval, and with that in hand, we were the first to have a safety-tested child carrier worldwide. 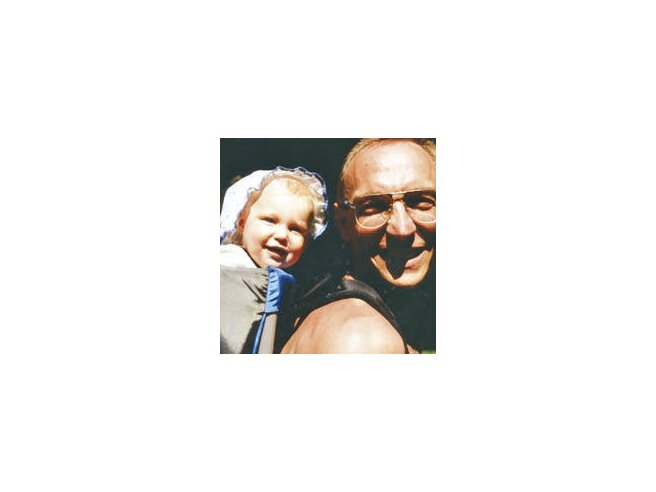 Bernd Kullmann – former managing director of Deuter – developed the first prototypes and tested them with his children. 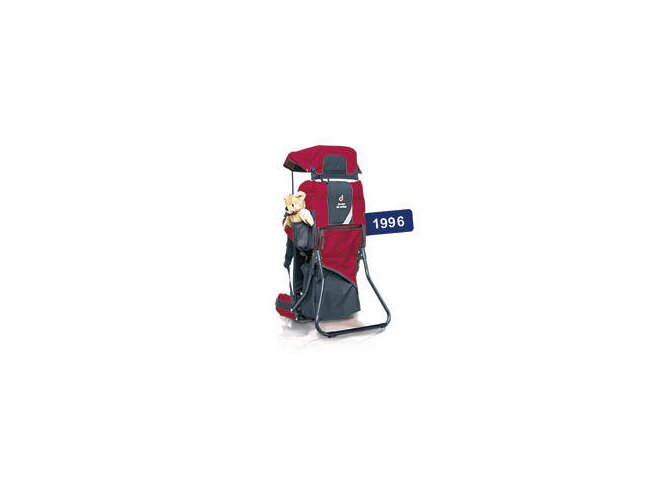 The first baby carrier worldwide with a variable back

Bernd Kullmann developed the Deuter Comfort I with the variable, adjustable VariQuick back system. 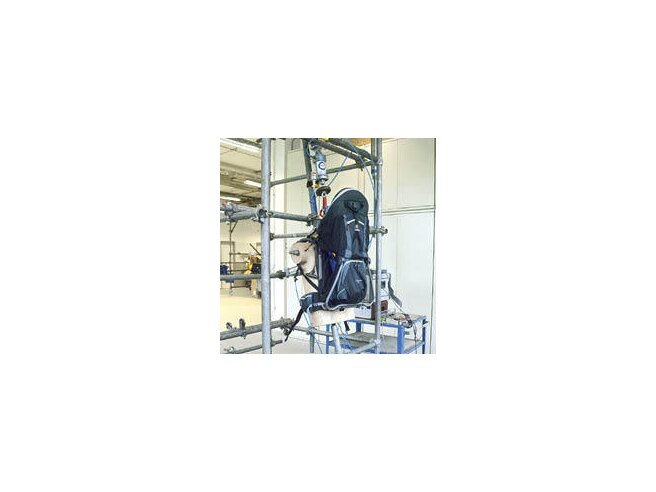 In tests conducted by TÜV SÜD, our child carriers prove their chemical harmlessness, safety, high capacity, simple handling and carry comfort. Even the manufacturing process is supervised in regular intervals. And that has been the case ever since 1996 – back then, our child carriers were the first ones with a TÜV SÜD-GS certificate worldwide. 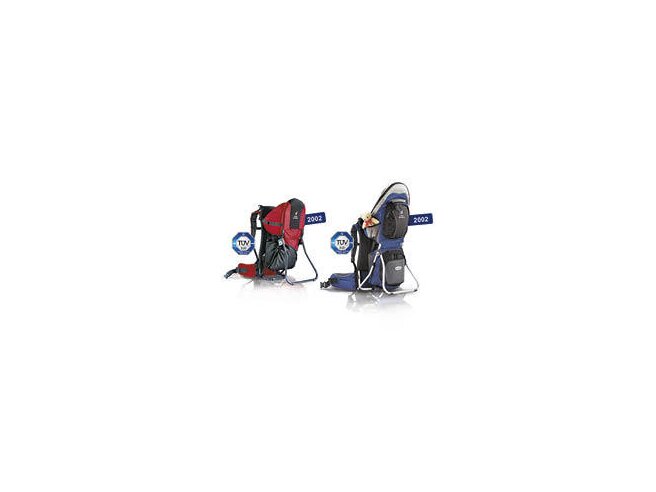 Deuter has continuously developed the TÜV-certified Kid Comfort children carriers in recent years. The latest model series has been successfully available for sale since 2019.

We won’t stop working on continuously improving. To make our child carriers optimally meet parents’ and children’s requirements, we got some help from an independent expert – Dr Micha Bahr, director of Child and Adolescent Surgery in the Ingolstadt Clinic. We asked him to judge our products. This wasn’t a difficult task for the paediatric surgeon as his family had been travelling with child carriers for years. The Bahr family includes three daughters: Cari, Franci and Noa.
“To us, it was a more important mode of transport than the buggy”, says Micha Bahr.

“The swaying movement reminds the children of when they were in their mother’s womb and calms them. Of course, they also enjoy the direct vicinity to the carrier and mum and dad’s hair offers a varied playground.” Studies in brain research show that the swaying three-dimensional movements whilst walking stimulate the babies’ and toddlers’ balance.

“That’s crucial for their development”, says Dr Bahr und concludes: “You can certainly say that children would have a healthier development of perception if we didn’t drive them around in a car so much, walked more and carried the children while doing so.”

So, when his daughters were able to sit on their own, they swapped their baby sling for a baby carrier – and the girls accompanied their mum and dad in any terrain. His conclusion: “With the development of child carriers in the late 90s, Deuter revolutionised the exercise culture of children and parents alike and, thus, contributed to a healthier neurophysiological development of children.”

After many adventurous trips himself, the paediatric surgeon has a well-founded opinion on child carriers: “The Deuter carrier systems feature a very ergonomic carry comfort for parents as well as sufficient seating comfort with high safety levels for the children. The carrier seat, the safety belt system and the access for the child are the best and safest that the market has to offer right now.”

However, there was also something to improve upon. Dr Bahr offered valuable suggestions from his own experience. When his eldest daughter was one year old, they went to the Hochgrat. “But after about an hour, she screamed so loudly that we couldn’t calm her down”, he remembers. The reason for this: her little leg had gone numb. In order to avoid this in future, we have constructed height-adjustable foot rests for our new baby carriers: because when the little legs aren’t dangling, the nerve-vascular strands won’t be squeezed – they stay warm for longer and won’t go numb. Additionally, the flexibly mounted foot rests animate the child to play footsie, which, in turn, promotes blood circulation.

With this flexible construction, we were able to solve one of the most crucial safety issues: in our new footrests, the little ones aren’t able to push themselves so hard that they could stand up or make the child carrier swing as that would be dangerous.

But that was just the beginning: Dr Bahr shared his suggestions and our team made up of four product developers got to work. Now, the seat inside the carrier can be easily adjusted in height – and in doing so, becomes wider the more it goes up, for an age-appropriate seating position. The paediatric surgeon is impressed: “That’s an ingenious solution. The angle of the hip joint and, thus, the flow of vessels and nerves, change as the child grows. The smaller the child is, the wider apart their legs should be when seated.”

The new, ergonomically shaped chin cushion offers extra support for the child’s little head that sinks down when asleep. Almost half a year after the discussion with paediatric surgeon Bahr, the prototypes were completed and ready for the next step.

The following topics have operating instructions that can be downloaded as a PDF here:

I am new here

No problem: the registration only takes a short moment.

Your advantages as a Deuter customer:

Register in two easy steps. We look forward to welcoming you!

FIND A DEALER IN YOUR AREA!